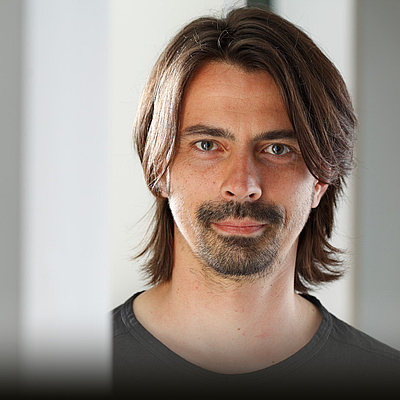 18 November – The group of Dr Julian König at the Institute of Molecular Biology (IMB) has mapped ~200 mutations that clinicians could use to predict whether patients with B-cell acute lymphoblastic leukaemia will respond to immunotherapy. This work was performed in collaboration with the labs of Kathi Zarnack (Goethe University Frankfurt) and Stephan Legewie (University of Stuttgart) and was published in the journal Nature Communications.

B-cell acute lymphoblastic leukaemia (B-ALL) is an aggressive cancer that affects both children and adults. It is the most common cancer in children and remains a leading cause of death. B-ALL specifically affects B-cells, which are a type of white blood cell. One treatment for B-ALL is to teach the body how to recognise and kill these malignant B-cells using CART-19 therapy, which is a type of immunotherapy. In CART-19 therapy, the patient’s own natural cytotoxic immune cells, called T-cells, are engineered to target a surface antigen protein called CD19, which is specifically found on B-cells. This leads the body’s immune system to attack the cancerous B-cells and can be highly effective.

However, a major problem is that in many patients, the cancerous B-cells eventually stop expressing CD19, or only produce a shortened version of CD19, so that they are no longer targeted by the engineered T-cells. This is commonly caused by mutations that alter the splicing of the CD19 mRNA. When this happens, CART-19 therapy is no longer effective, the cancer reappears and patients relapse. Previous studies show that over 50% of B-ALL patients can relapse, despite initial success with CART-19 therapy.

Currently, it is not possible to tell which patients may relapse. Studies show that some B-ALL patients may have CD19 splicing mutations even before CART-19 therapy, which could indicate that they are more likely to relapse. Therefore, it would be highly useful to identify patients without these pre-existing mutations, as they are more likely to benefit from CART-19 therapy and less likely to relapse. However, cancer cells typically have hundreds, if not thousands, of different mutations, and it is extremely difficult to determine which particular mutations alter CD19 splicing.

To identify all the mutations that could affect CD19 splicing, Julian and his colleagues applied an ambitious new strategy: they used high-throughput mutagenesis to create 10,295 mutant CD19 minigenes (comprising CD19 exons 1, 2 and 3 and their introns), each with an average of 9.7 mutations. They then sequenced the mRNAs produced by these mutant genes to identify those with abnormal splicing. Using mathematical modelling to analyse the entire dataset, they identified 193 point mutations that significantly altered CD19 splicing. Overlapping these mutations with the predicted binding sites of RNA-binding proteins also allowed the researchers to identify 119 RNA-binding proteins that may be responsible for regulating CD19 splicing.

This new high-throughput strategy is much more effective than previous methods because it allowed them to obtain a complete picture of how splicing is regulated at CD19, not just the effects of a few select mutations. Clinical researchers can now use this information to identify patients with mutations that may result in a higher chance of CART-19 therapy relapse. Julian, a co-corresponding author of the study, says “We found many more CD19 mutations and proteins that affect splicing than were previously recognised, suggesting that CD19 splicing is regulated by an extensive network of RNA-binding proteins. In future, we hope to use this information to develop new treatments using splicing modulators that could be used in combination with other therapies to limit cancer relapse and resistance to therapy.”

Julian König is a Group Leader at the Institute of Molecular Biology (IMB). Further information about research in König lab can be found at www.imb.de/koenig