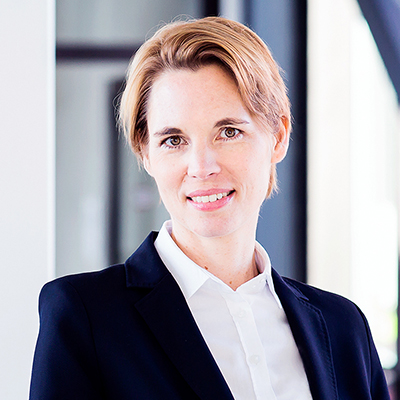 1 April – The Institute of Molecular Biology (IMB) is delighted to welcome Dorothee Dormann as an Adjunct Director. She will also be concurrently appointed as a Professor of Molecular Cell Biology at Johannes Gutenberg University (JGU). Prof. Dormann joins us from the Ludwig Maximilian University of Munich, where she was an Emmy Noether Group Leader. Her research focuses on understanding the molecular mechanisms of protein aggregation in neurodegenerative diseases.

Neurodegenerative diseases such as frontotemporal dementia (FTD) and amyotrophic lateral sclerosis (ALS) are incurable disorders in which neurons and other cells of the nervous system gradually lose function and die, leading to loss of motor or mental functions with age. These diseases are characterised by the accumulation of insoluble protein aggregates in neurons and glia, which is thought to cause neuronal dysfunction and eventually neurodegeneration. In ALS and FTD, the main aggregating proteins are the RNA-binding proteins (RBPs) TDP-43 and FUS. These proteins are normally found in the nucleus, but in ALS and FTD they are mislocalised to the cytoplasm, where they form aggregates.

Dorothee’s team works to understand the molecular mechanisms that cause RBPs to become mislocalised and aggregate in ALS and FTD. They have previously shown that RBP mislocalisation is linked to defects in transporting these proteins into the nucleus, while aggregation may be linked to aberrant phase separation – a process by which proteins are segregated into droplet-like organelles, similar to how oil is separated from water. Now Dorothee and her team will continue to work towards understanding how nuclear transport and phase separation are dysregulated in ALS and FTD, and whether these changes can be suppressed by modulating posttranslational modifications on TDP-43 and FUS. By understanding the molecular mechanisms of protein aggregation, Dorothee and her team hope to develop new therapeutic approaches to treat neurodegenerative disease.

Dorothee is an Adjunct Director at IMB and a Professor of Molecular Cell Biology at Johannes Gutenberg University Mainz. Further information about research in the Dormann lab can be found at www.imb.de/dormann.