Launch of the Centre for Healthy Ageing (CHA) 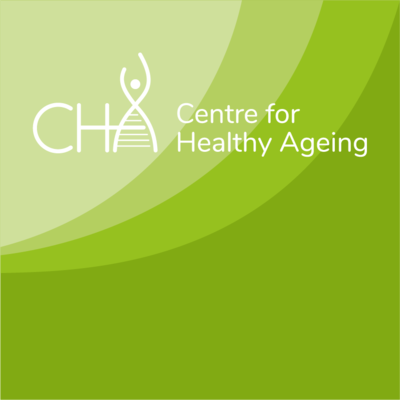 01 September – The Institute of Molecular Biology (IMB) announces the launch of the Centre for Healthy Ageing (CHA), a virtual research centre that brings together scientists in Mainz to promote healthy ageing and identify novel treatments for age-related diseases.

Ageing is one of the biggest and most urgent challenges facing modern societies today. In Germany alone, over one-fifth of the population is over 65 years old, and the number will further increase as life expectancies around the world continue to rise. The elderly are at higher risk of developing debilitating, incurable illnesses such as cancer, cardiovascular disease and neurodegeneration, increasing individual suffering and placing a major burden on society.

To address these challenges, Prof. Christof Niehrs (IMB Executive and Scientific Director), Prof. Peter Baumann (Johannes Gutenberg University (JGU)) and Prof. Norbert Pfeiffer (Medical Director of the Mainz University Medical Center) have launched the CHA – a virtual centre to bring together researchers in Mainz that focus on ageing research. The fundamental goal of the CHA is to discover how individuals can age healthily, without developing disease. “We know it is possible to age without disease because of the existence of so-called “super-seniors” – those few lucky elderly individuals who have evaded major age-related chronic diseases into old age and are in the top 1% for health,” says Prof. Niehrs. “But what are the genetic and molecular factors that make these individuals different, and could it be possible to create treatments so that in the future everyone can avoid sickness in old age?” This is the central goal of the CHA – to “promote healthy ageing and to prevent and treat age-related diseases… so that everyone can have a long and healthy life.” Prof. Pfeiffer adds: “Rather than only look at risk factors for age-related diseases, we want to discover factors for healthy ageing, which in return might help us enormously to prevent diseases that we now, once they are there, find very difficult to treat.”

The CHA brings together 39 research groups from four research institutes (IMB, JGU, the University Medical Center (UMC), the Leibniz Institute for Resilience Research), and TRON GmbH, all located in Mainz. They range from clinical research groups studying cancer, cardiovascular disease and Alzheimer’s disease in patients, right down to basic research groups working on the molecular mechanisms of ageing, such as DNA repair, telomeres, epigenetics and protein folding. By bringing them together, the CHA will promote exchange of ideas and the development of novel collaborative endeavours. A major part of the CHA’s research will be the Science of Healthy Ageing Research Programme (SHARP), a joint project between IMB, JGU and UMC that was recently funded by Rhineland-Palatinate’s Ministry of Science and Health.

As Prof. Baumann says, “With the launch of the CHA, we can synergise and accelerate ageing research in Mainz to discover the basis of healthy ageing and develop novel treatments that can prevent age-related diseases. This will in turn help to improve quality of life for ageing societies in Germany and around the world.” ­­­­­

Further information can be found at https://www.cha-mainz.de/.