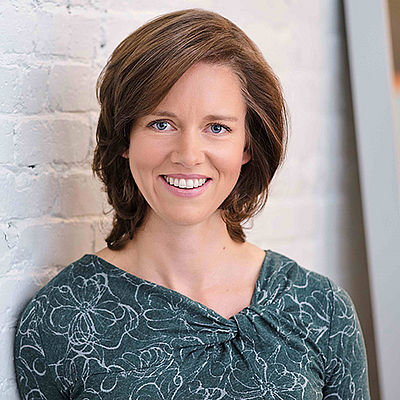 Mainz, 9 September 2020 - Dr Katja Luck has been awarded a prestigious Emmy Noether Award from the German Research Foundation (DFG) and will start as a new group leader at the Institute of Molecular Biology (IMB). Katja joins us from the Dana-Farber Cancer Institute and Harvard Medical School in Boston, USA, where she worked as a postdoctoral fellow. Her lab will use integrative computational and experimental approaches to decipher the structure and function of protein interactions in neurodevelopmental disorders.

The goal of Katja’s research is to develop integrative computational and experimental strategies to predict how proteins interact with each other and the effect of each interaction on cell function. For example, her lab will use computational techniques to predict the regions and specific residues that mediate protein interactions, and how mutations that are linked to disease alter the interactions of the gene’s protein product. They will then experimentally validate these predicted protein interaction interfaces and functions in living cells.

By first using computational strategies to make intelligent predictions, Katja’s group can significantly speed up the process of building more complete maps of the protein interactome with structural, functional, and cellular context information. Finally, Katja and her group will use these computational tools to investigate how mutations alter protein interactions in neurodevelopmental disorders. By building these tools and resources, Katja’s work will make it possible for scientists to study the effects of mutations, toxins, and pathogens on cells more efficiently.

For a PDF version of this press release, click here.

Katja Luck is an Emmy Noether group leader at IMB. Further information about research in Luck lab can be found at www.imb.de/luck.