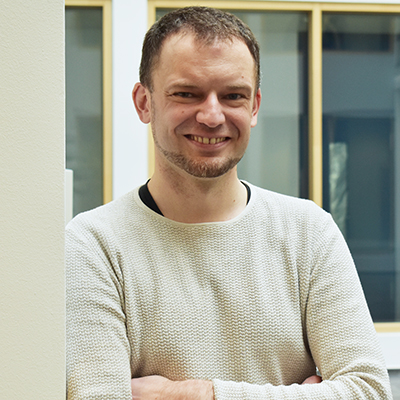 2 June – The Institute of Molecular Biology (IMB) is delighted to welcome Jan Padeken as IMB’s newest Group Leader. Previously, Jan worked as a senior postdoc at the Friedrich Miescher Institute in Basel, Switzerland. Jan’s research focuses on understanding how heterochromatin is altered in response to persistent stress and how this contributes to genome stability and the maintenance of tissue integrity.

With the cell, DNA is wrapped around histone proteins, forming a structure similar to beads on a string. Chemical modifications on these histone proteins (e.g. methylation) can control the compaction of the DNA, and thereby silence or activate gene expression.

DNA that is highly compacted is known as heterochromatin and is marked by histone H3 lysine 9 methylation (H3K9me). In multicellular eukaryotes, heterochromatin has two main functions: first, it silences the transcription of satellite repeats and transposable elements. Second, it silences tissue-specific genes during development. Dysregulation of heterochromatin therefore activates repetitive elements and genes that should be silenced, resulting in genomic instability and mutations, as well as loss of tissue integrity.

Jan Padeken is a Group Leader at IMB. Further information about research in the Padeken lab can be found at www.imb.de/padeken.