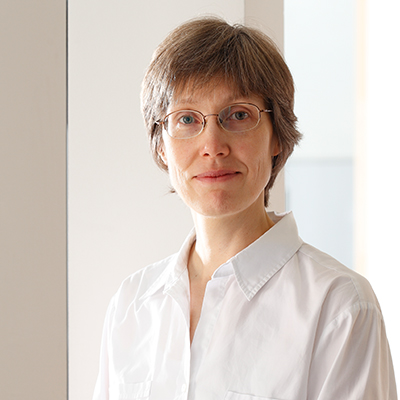 08 July - Professor Helle Ulrich, scientific director of IMB, has been elected as a member of the German National Academy of Sciences Leopoldina. This is one of the highest honours for scientists awarded by a German institution.

The German National Academy of Sciences Leopoldina is a prestigious scholastic society of around 1,600 members that represents the German scientific community internationally. Members are chosen for their outstanding scientific achievements and extraordinary contributions to advancing their field of research. Approximately 50 new members are elected each year from almost all branches of science. Candidates must be nominated by current Academy members, followed by a multi-stage selection process.

As a Leopoldina member, Helle will contribute to the academy’s tasks of reviewing and addressing key issues of significance to society to provide policymakers and the public with science-based evidence. Helle’s research specialises in understanding how cells repair DNA damage caused by genotoxic agents (e.g. UV radiation, mutagenic chemicals) and how they ensure that their genetic material is accurately replicated during cell division. This is extremely important for preventing mutations that could lead to cancer and ageing. Some of her top achievements at IMB include discovering when and where damaged DNA is repaired during replication, deciphering how cells regulate and activate different DNA repair pathways, and developing a new method to map single-strand breaks and other types of DNA damage in a genome-wide manner.

Helle is a Scientific Director at IMB and a Professor of Biology at Johannes Gutenberg University Mainz. Further information about research in Ulrich lab can be found at www.imb.de/research/ulrich.