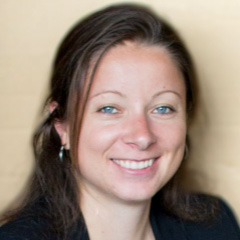 Mainz, 4 May 2020 - The Institute of Molecular Biology (IMB) is delighted to welcome Dr Claudia Keller Valsecchi as a new group leader. Claudia joins IMB from the Max Planck Institute of Immunobiology & Epigenetics in Freiburg, where she worked as a postdoctoral fellow. Her research focuses on understanding gene copy number and its relevance for cell function, disease, and evolution.

All sexually reproducing organisms inherit two copies of the genome – one from the father and one from the mother. Having two copies of the genome is thought to provide a “fail-safe” mechanism, so that if one copy of a gene is mutated the other copy can act as a back-up. However, recent studies show that mutations in even one gene copy frequently have adverse effects. Moreover, having more than the normal number of genomes also results in developmental failure or severe disorders, as seen in Down’s Syndrome or cancer. This suggests that inheriting exactly one gene copy from both the mother and father is important for proper function. On the other hand, gene and chromosome duplications are also an important driver for evolution of novel traits, suggesting that increases in gene copy number can sometimes be beneficial.

Claudia’s research focuses on investigating how cells keep gene copy number in check to prevent disease while still allowing gene copy number to change for evolutionary flexibility. As Claudia puts it, “How do cells juggle the good (evolving novel genes), the bad (expression imbalance) and the ugly (developmental delay and malignancies)?” To look for answers to this question, she plans to study the cellular mechanisms that shut off or activate expression of genes that are naturally imbalanced. The most famous example is the X chromosome: males have only one copy (XY), while females have two (XX) and must equalise expression of X chromosome genes for normal function. Nature has invented multiple ways to correct expression of genes on the X chromosome: in humans, females inactivate one of their X chromosomes through epigenetic mechanisms such as histone modifications and DNA methylation. By studying such mechanisms, Claudia wants to gain insights into how cells more generally control gene dosage in development and evolution, and eventually unravel some of the mysteries surrounding diseases caused by gene dosage alterations.

For a PDF version of this press release, click here.