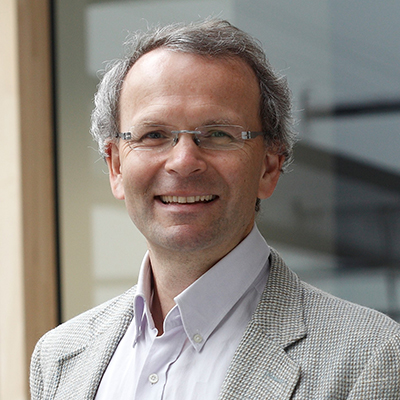 Mainz, 20 July 2020. Professor Christof Niehrs, Executive & Scientific Director of the Institute of Molecular Biology (IMB), has been appointed as a member of the highly prestigious Gottfried Wilhelm Leibniz Selection Committee.

The Gottfried Wilhelm Leibniz Prize is the most prestigious research prize in Germany and is awarded by the German Research Foundation (DFG) to top scientists for outstanding scientific achievements. Up to 10 prizes are awarded each year to scientists from any field of research. Winners of this prize are awarded up to €2.5 m to expand their research activities and allow them to employ exceptional younger scientists in their labs.

Prof Christof Niehrs is the Executive Director of the Institute of Molecular Biology and a Professor of Biology at Johannes Gutenberg University Mainz. Further information about research in Niehrs lab can be found at www.imb.de/research/niehrs.

Boehringer Ingelheim Foundation
The Boehringer Ingelheim Foundation is an independent, non-profit organization committed to the promotion of the medical, biological, chemical, and pharmaceutical sciences. It was established in 1977 by Hubertus Liebrecht (1931–1991), a member of the shareholder family of the company Boehringer Ingelheim. With the Perspectives Programme “Plus 3” and the Exploration Grants, the foundation supports independent junior group leaders. It also endows the internationally renowned Heinrich Wieland Prize as well as awards for up-and-coming scientists. In addition, the Foundation is donating a total of 154 million euros from 2009 to 2027 to the University of Mainz for the Institute of Molecular Biology (IMB). Since 2013, the Foundation has been providing a further 50 million euros for the development of the life sciences at the University of Mainz. www.bistiftung.de